And Now, a Word From Halfer Home 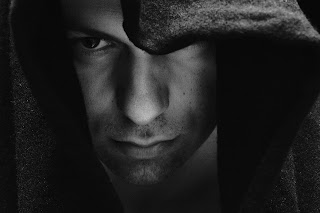 Like its creator, Halfer Home has lived many lives, few of them particularly happy. You have to understand, it eats those it loves. Its floors, its walls — hell, its very foundation — are soaked in blood. I should know; I’ve given more than enough of my blood to it. I do so to make myself a part of it for as long as I’m required, for those who need me. Truth be told, I’d sooner cut your throat than my own. I didn’t set out to be a martyr. Yet I make this sacrifice without hesitation. To do so is to spit in the faces of those who put me, and those like me, in this position. Maybe it’s for nothing. After all, hope is a smirking, cold-blooded creature, killing us an inch at a time with promises it seldom keeps. Sometimes it does keep them, though. So I bleed, and I dare to hope. All I ask is that you accept my sacrifice. Live as many lives as you can before it’s your turn to feed the Home.
Post a Comment
Read more

Children of the Eighth Realm

- March 18, 2020
Coming soon: a dark, magical tale that will leave you guessing to the very end: CHILDREN OF THE EIGHTH REALM They’re the unwanted children of humans and elves; magical orphans searching for a place they can call their own. To reach an alternate reality, they must survive the forces aligned against them, including their most dangerous foes…each other. The orphans of Halfer Home entertain little hope for the future. Despised by humans and elves alike, most will end up in prison or dead within a year after adulthood sends them into the world. If they’re among the few magical Mimics, the outcome could be grimmer still. For now, the Home loves them and keeps them safe. Better still, there are ways to temporarily escape this world, paths into an alternate reality known as dreamtime, where entire lives can be lived within a few hours. But no one can remain in dreamtime, not even Sleepwalker, leader of the Home and the most powerful of the Mimics. As the Mimics’ eighteenth birthd
Post a Comment
Read more

T. W. Jacobs
Writer. Mom. Exhausted. T. W. Jacobs was born in New Bern, North Carolina, in 1967. She began writing stories while still in grade school. Her professional writing career has included government law enforcement training film scripts, marketing material for a casino, and cheesy television ads for car dealerships. She now resides in Brunswick, Georgia, writing fantasy novels, of which 'Children of the Eighth Realm' is her first. Other books are written under the name Tamara Jock. She is represented by Tricia Skinner at Fuse Literary.